“Life in the Legion” – The Stradbroke & District Branch
I start off my notes in this edition with the activities of our Branch Standard Bearer, Joyce Cooper, who has carried our branch standard on many occasions overseas this year; including the commemorations for D Day at Marslet Garden, St. Willibroards Church, Arnham Bridge and Oosterbeek Cemetery.
PCSO Steve Long was the guest speaker at the October monthly meeting of the branch, held at Laxfield, Royal Oak. He gave a very good account of the force in Suffolk; I thanked him on behalf of the members and guests present.
During the business part of the meeting the Suffolk County Vice Chairman, Ken Rowbottom, gave a report on the 2018 commemorative events. Reports were given by branch secretary, Bernard Mills, and by Joyce Cooper on the poetry writing she has arranged at Stradbroke High School.
The next meeting is the AGM to be held at Laxfield, Royal Oak, starting at 11.30 am, all members will be receiving a letter.
Finally, Remembrance Sunday, November 11th. Fall in around the village War Memorial at 10.50 am for a short ceremony, led by the Revd. Susan Loxton, with the laying of wreaths. The following Service of Remembrance is at the Baptist Church to be conducted by the Revd. Dave Keeble.
All are welcome to attend

About the Stradbroke & District Branch

The Stradbroke and District Branch was formed in 1921 by a group of ex-serviceman living in the local area, and was one of the first to be established after the end of the First World War. Those first members collected sufficient funds and then bought a timber frame building. It was erected on a narrow site in New Street and for many years it also doubled as ‘The Village Hall’.

It was a very popular village gathering place and socials, whist-drives, dances, dinners and wedding receptions were all held there. It gradually fell into disrepair and was closed. Then it was demolished and the site sold in 1982.

The Royal British Legion is still dedicated to the benefit of all ex-service men and women and their families. For further information and membership enquiries please contact us on 01986 798414 or the email address mills.laxfield@gmail.com. New members are always welcome 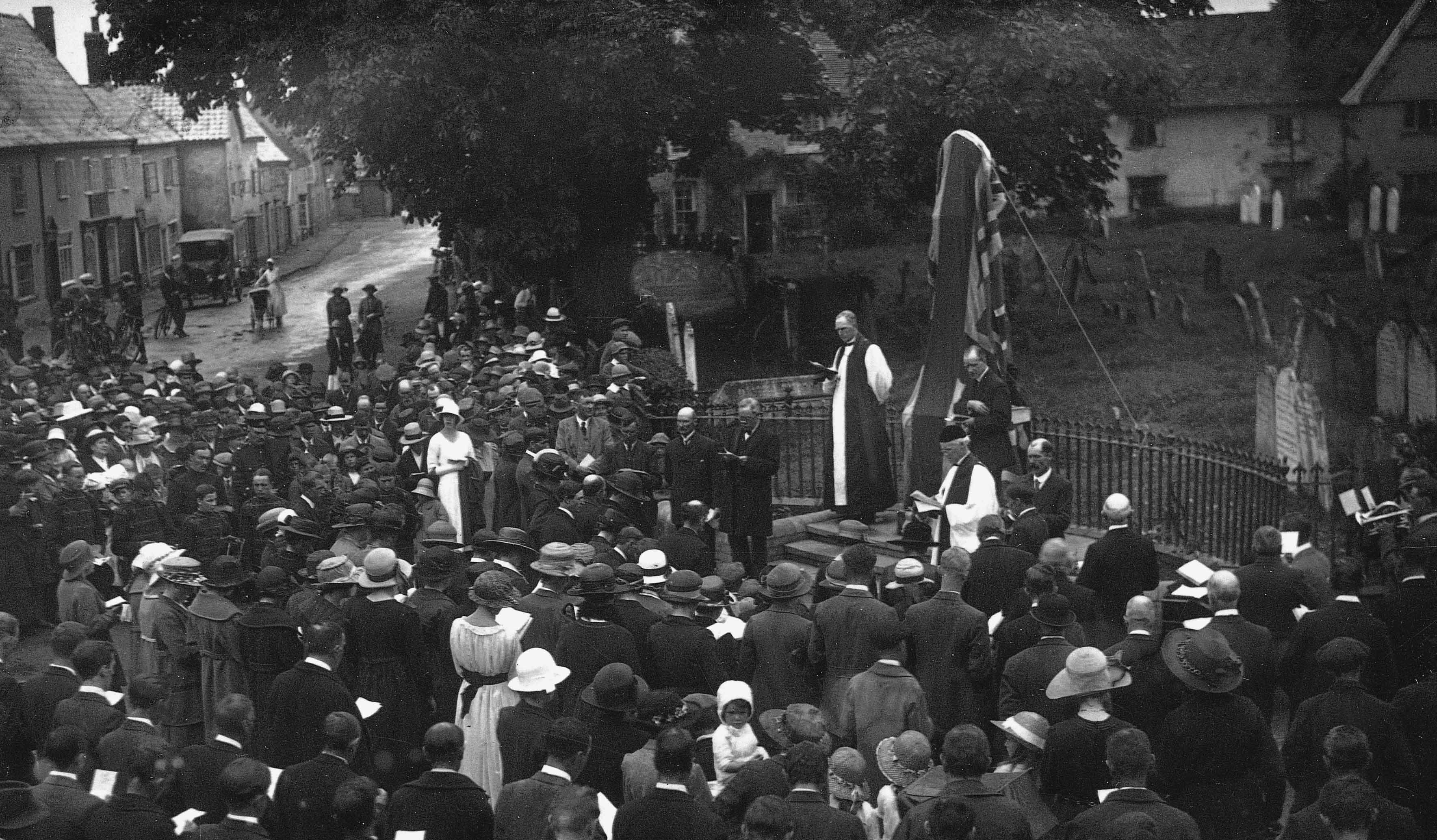 The War Memorial was dedicated in 1922 before a very large crowd, soon after the Branch was formed.  It is still the focus of a large assembly of British Legion members, the public and representatives of village organisations at 11.00 a.m.of the Sunday nearest to Armistice Day. Wreaths are presented and they remain in place for some months as a fitting tribute to those from the village who gave their lives in the service of their country.